Sign up for our newsletter and never miss an update.

Get the newsletter with everything you need to know about managing your money and career. 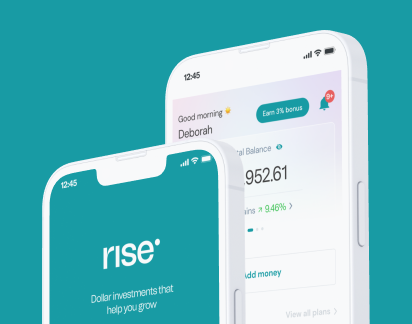 In all the talk about financial freedom, wealth building and investments it’s easy to lose sight of some important things. So we feel it’s our responsibility to remind you of this: the goal of life is not to end up with the highest net worth possible. While money is important, money is not the ultimate goal.

Your life needs to have a clear mission and purpose. This is tied, not to money, but to impact. This is not some feel-good stuff either, the people who understand this best end up making more money and having more success than they know what to do with.

Think about someone like Steve Jobs. He co-founded Apple Computers, created the Macintosh, MacBook, iPod, iPhone and iPad (as leader of a team, not alone).

He also ran Pixar, created Toy Story, and by the time he died, he was a billionaire and largest shareholder in both Apple and Disney. But he never set out to primarily make money.

He set out to improve the way human beings used computers. His mission was to make computing fun, creative, personable and intuitive.

In the process, he launched products and services that improved the lives of everyone around the world, which was what made him fabulously wealthy.

How about Oprah? She didn’t say, I’m going to become a TV billionaire. Instead, she wanted to create a forum for people to express themselves and have a voice that connects to people around the world.

Her impact on people and her connection to her audience is what drove millions to her network and made her fabulously wealthy.

The same goes for Aliko Dangote. He set up a business meeting the daily basic needs of millions of people across Nigeria and other African countries relatively cheaply.

The cheaper and better his products were, the better he fed people, from rice, pasta, sugar, salt, etc, the more people came to him and the wealthier he got. Today, he supplies the construction industry with cement and is set to supply the country with cheaper domestic fuel.

The moment you stop thinking about money itself and align yourself with purpose and where you can have the most impact, you realize that several things happen. First, you realize that you can become fabulously wealthy doing almost anything, as long as you do it with excellence. Carpentry can make you wealthy. Painting can make you wealthy. Shoemaking can make you wealthy. But you have to do them at the absolute best level possible. And to do that, you need to do it from a place of love. Not a necessity. But love. And for you to do things from love, you first have to tie it back to yourself, why it is that you’re the one to do it, and what it allows you to put into this world.

When the founder of Nike was designing the best running shoes he could ever design, it wasn’t because he was trying to be a billionaire. It was because he was an athlete and he wanted to design the best possible shoe for any athlete to perform in. That was his focus and when he succeeded in that, the money came with it.

It’s the reason why a lot of fabulously wealthy people will tell you, they don’t care about money. And this explains why some of them end up giving all that money away. It’s not because money isn’t important, objectively. It’s because they understood that purpose trumps money. Find your purpose. Focus on your purpose. Let money be the icing on the cake, not the whole cake.

Rise invests for you, in dollars, into global opportunities protected from local currency inflation and devaluation so you can focus on doing the things you love. Sign up and download our app at www.rise.capital

Investment Club Series – August Edition: Simple Habits That Will Lead You to Financial Freedom (With The Seven Dollar Millionaire

When should I start investing?

The Goal of Investing

How You Can Achieve Your Goals This Year with Risevest